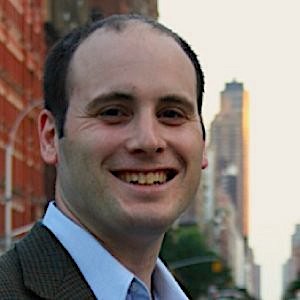 “Mike weaves together extensive American experience with a keen understanding of the U.K. market. His combination of academic, immersive and nuanced approaches brings together both quantitative and qualitative data to provide a much deeper understanding than conventional capacity-led studies, and hence a better insight into the thinking of both investors and consumers, so as to inform both policy and development in a rapidly changing and sometimes confusing market.”

Our Principal, Michael J. Berne, is one of North America’s leading experts and futurists on urban and Downtown/Main Street districts as well as the retail industry more generally.

As the Founder and President of MJB Consulting, Michael has amassed more than twenty years of experience in conducting retail market analyses, devising tenanting strategies and spearheading implementation efforts across the U.S., Canada and the U.K.

Michael has lectured at University of Pennsylvania, Pratt Institute, City University of New York (CUNY) and the University of California, Berkeley. He has served on expert advisory panels for the ULI and IEDC. He is quoted often in high-profile publications such as the Financial Times, TheStreet and the Washington Post.

In addition to his widely followed “Retail Contrarian” blog, Michael has penned numerous articles for ULI’s monthly magazine, Urban Land, and has authored a chapter for a recently-published book on the urbanization of the suburbs (“Suburban Remix: Creating the Next Generation of Urban Places”, Island Press, 2018).

Michael has also served on IDA’s Board of Directors, including a term as the Vice Chair of its Executive Committee.

Before founding MJB Consulting, Michael worked on market studies and commercial revitalization for a planning consultancy, leasing and acquisitions for an urban retail developer, and policy analysis for a citywide elected official.